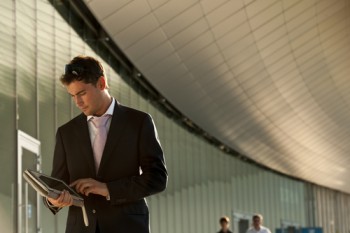 A report from Experian suggests that marketers struggle to target their content effectively. As businesses move more aggressively into new media marketing, understanding a brand’s unique audience and its behavior on the web is crucial to the success of any initiative in driving conversions.

The study found that 28 percent of marketers said developing accurate audience profiles is still a major challenge, despite using this method in the past. Moreover, shifts in current demographics that these organizations target have made it more challenging to gauge the types of content likely to reach them.

Two emerging elements of current web behavior should dictate marketing efforts moving forward to ensure content is tailored effectively. According to Experian, social media marketing and mobile access to different web campaigns are competitive necessities moving forward. The report said that 91 percent of respondents access social media in some capacity on a regular basis. Meanwhile, the burgeoning smartphone user base is branching out, and content accessed on portable devices has rising influence in Americans’ shopping habits.

Other critical findings from the study include Pinterest’s growth as the third most popular social network behind Facebook and Twitter.

While Pinterest’s popularity continues to blossom, the rate of growth appears to have stagnated to an extent. Brafton recently highlighted a report from Shareaholic that found Pinterest resulted in fewer referrals in April than it had in March, which continued a declining trend from previous months after its rapid growth in 2011 and the early part of 2012.