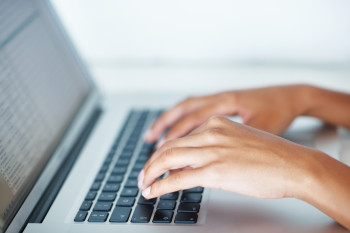 ​Any business operating with a content marketing strategy pays close attention to potential Google updates. A small tweak to an algorithm or a complete overhaul of search rankings can alter how brands create custom content for the web. For example, Google’s much anticipated AuthorRank search signal has encouraged an impressive percentage of content writers to create Google+ accounts and sync their profiles to their blogs. In effect, this gives writers Authorship and places their images next to rich snippets in search engine results pages.

Since Google unveiled Authorship in June 2011, there has been speculation about what will come next. But several advantages are already apparent. Studies show that web searchers are more likely to click on links in SERPs with Author images next to their rich snippets. Brands that give their writers credit for their work benefit from higher clickthrough rates and eventually, website conversions. Brafton recently highlighted the value of Authorship in a recent post, and new analysis from Conductor shows just how widespread Authorship has become.

Authorship and the tech world collide

According to the data, which evaluated queries containing 500 of the world’s top tech writers between January 2012 and May 2013, approximately 43 percent of search results feature Authorship tags. More, Google has given more weight to these pieces in SERPs. When Conductor looked at its survey pool, 90 percent had Google+ setup. Seventy-five percent linked their profiles to their blogs, helping drive organic traffic from Google to their sites.

While Google+ may not be the most socially active network today, it’s clear the value of the site remains in SEO. Brands would be foolish to look past Authorship as a powerful tool in its own right, with or without AuthorRank. Marketers often look for ways to increase CTRs in search, and Google has created an easy option for those companies wanting an edge over the competition.

Recently, Google’s Search Engineer Matt Cutts indicated that AuthorRank may not necessarily come to fruition ever. He spoke in a Webmaster Help video about Google’s tendencies to take out patents on new technologies, but never act on them. The company currently provides no real insight into the future of AuthorRank, leaving content marketing professionals and SEOs to speculate the future of search and Google+.