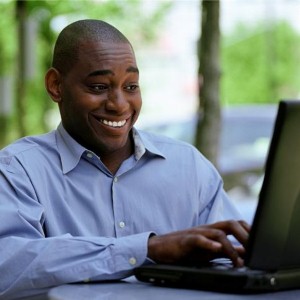 A report from PriceGrabber suggests that companies that typically focus on the back-to-school shopping period can target on their audiences more aggressively in 2012, as nearly half of shoppers said they plan to spend more than they did one year ago. Content marketing campaigns are an ideal method of targeting an audience, especially surrounding seasonal shopping.

According to PriceGrabber, just 13 percent of shoppers said they would spend more in 2011 than they did in 2010. The results from this year’s survey show that consumers are in better shape financially. However, content that focuses on value is likely to resonate, as shoppers are still likely to be cost conscious.

“In today’s economic climate, it’s important for families and students to save on back-to-school items,” Graham Jones, general manager of PriceGrabber, said. “Many consumers are harnessing the power of the internet to find deals, compare prices … ”

Additionally, companies looking to tailor content and SEO efforts at these audiences should move quickly and offer it throughout the summer. According to PriceGrabber, 17 percent of respondents said that they will start in June, while 35 percent plan to begin the process in July, and 44 percent will do so in August.

“From last year’s holiday shopping season through the middle of 2012, we have seen consumers starting to shop earlier surrounding major shopping seasons and holidays,” Jones said in a release. “We expect this trend to continue this back-to-school shopping season.”

In terms of seasonal shopping periods, PriceGrabber notes that consumers are beginning the buying process earlier than ever across most. The release suggests that this trend began with the holiday shopping season last year, which many began earlier than the usual mid-November kick-off.

Parents, specifically mothers, are especially active in terms of monitoring social marketing campaigns from their favorite brands. Brafton recently reported that they are more likely to interact with businesses on social networks than the average web user.Aside from relevant website content, companies can use social media marketing to drive interest in their back-to-school products. Brafton recently highlighted a report from comScore that found social content increases the likelihood of conversion. The study saw conversion rates among Facebook fans and their friends increase by an average of 3.6 percent when they’re exposed to a brand’s social content. The research was conducted during an off-peak shopping season. During a busier time, companies could see these figures increase further by tailoring social and website for these prospects.