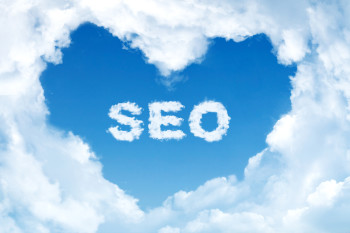 ​The implications of authorship for content marketing and Google SEO are the forefront of many marketers’ minds … but will authors impact Bing rankings? Bing’s Duane Forrester spoke to a crowd of internet marketing experts at SMX West last week, telling attendees that the Microsoft-led search engine would not develop an Authorship system just because Google does it. Still, Bing does seem to be testing out some form of Authorship, as reported by Search Engine Land’s Danny Sullivan.

Internet users are citing new images of people appearing next to articles in Bing SERPs. These thumbnails look a lot like Google author images, but Bing adds its own, unique flare. While contents’ authors sometimes appear next to headlines, the articles’ subjects show up just as often. Sullivan calls them “subject images,” and the technology used to generate these visual aids pulls from all over the web.

Brafton is not seeing the same images near results, but Sullivan ran a test and searched “Kara Swisher” in Google – results brought up articles with her photo next to each link. When he entered a similar query into Bing, pieces written by her and articles written about her showed up side by side. Interestingly, even the publications written about Swisher came with thumbnails of her, showcasing that Bing can associate the subject of articles and provide viewers with relevant images to compel internet users to click through. In one instance, the image that appeared next to a Gawker article about Swisher wasn’t hosted on the page at all – Bing pulled it from another place on the ‘net. These results were first spotted on Webmaster World and reported by Search Engine Roundtable.

While Bing may not call its latest venture Authorship, it’s clear that the search engine is experimenting with a similar technology, and the algorithm will affect SEO content visibility – if only by adding images next to select results. Sullivan reached out to Bing for clarification on the subjectship phenomenon, and he received this response:

“We’re constantly updating and refining the Bing search experience, and before any changes are implemented they undergo intensive testing and experimentation to ensure the best possible user experience. We have nothing further to share at this time.”

SEO professionals and content marketers may be surprised to hear that Bing might beat Google to the punch and unveil an algorithm similar to Authorship, especially after Forrester’s remarks at SMX West. But the two search engines thrive off of each other’s innovations, and every web user benefits in the end. All anyone can do is wait to see what comes out of this test.