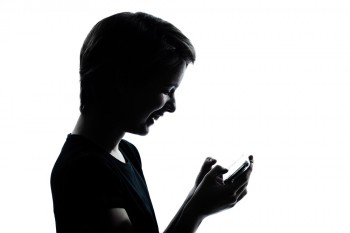 Companies have begun to develop interactive content marketing strategies, focusing on visual media as a way to attract new prospects and create long-term relationships. Brafton has reported that 70 percent of B2B and B2C brands use video content to engage their audiences, but video marketing has yet to hit full stride. To understand the type of video content that compels prospects to react, marketers must use trial and error, evaluate viewer trends and refine strategies accordingly. A new social app may help brands get added reach and real-time responses.

Although Vine has yet to launch an advertiser option, industry experts say it’s only a matter of time before a service similar to Twitter’s Promoted Trends surfaces. So, how can Vine be used to drive referral traffic, distribute video content that leads to sales and create a memorable experience all within six seconds? To start, Vine must become a more popular application, which according to several reports, has yet to happen. Vine is already on the path to becoming a mainstream mobile video tool, and Brafton has reported on-the-go users are key video marketing audiences: 92 percent go on to share clips with their personal networks. The Twitter-owned application reached No. 1 among free iOS apps in the Apple store, but downloads don’t always translate into active members. According to Ask Your Target Market Research, less than 2 percent of U.S. internet users surveyed have their own Vine accounts. In addition, 86.5 percent say they have never heard of Vine. With Twitter a strong presence in the social media marketing world, the company has to focus on promoting Vine effectively.

Before Vine can have an impact in video content creation and distribution, the service will need to gain some more active users. After adoption increases, brands will have new opportunities to create six-second teaser clips leading back to longer-form content, and companies can show their creative spirits through clever broadcasts. Vine might not ever replace YouTube as the key video-streaming source, but it could complement Google’s video sharing site. Want to develop a cross-platform campaign? Use Vine to pique Twitter followers’ interests and compel them to click through to YouTube, where longer-form media can drive social traffic back to corporate websites.