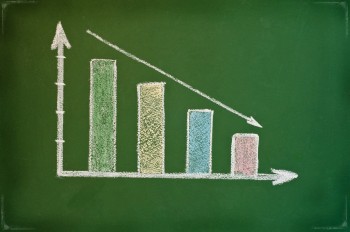 When Facebook first let brands create their own pages in 2007, their posts were sorted and displayed based on an internally developed algorithm, called EdgeRank. Unlike Google, which is consistently experimenting with ranking signals and tweaking search algorithms, Facebook changes come less frequently and carry a lot of significance. The social network has recently broken that trend with a series of updates. And new data confirms companies’ fears: Brands will have a more difficult time reaching users in their News Feeds.

According to an Ogilvy & Mather study, in December 2013, branded pages were only seen by about 12 percent of followers. By February 2014, that number had dropped to 6 percent. Facebook claims this is to strike a balance among the hundreds of followers users increasingly have, but it may also be an excuse for the company to leverage its existing branded client base into paid advertising customers.

As Brafton reported, Facebook isn’t just a tool for expanding the reach of content marketing campaigns – it lets businesses stay in touch with customers and work toward their goals for loyalty. This function should be unaffected by Facebook’s further tweaks, which are expected to bring branded post visibility down to about 1 or 2 percent of companies’ customers. Additionally, as long as there is intrinsic value to posts, they should stay within Facebook’s definition of “high quality” content and retain visibility.

Still, businesses may be wondering how to treat their content now that the scope of its reach could be lessened, at least on one channel. Fortunately, different social platforms are diverging in their primary values, so companies should already be diversifying their content distribution strategies to match.

As long as there is intrinsic value to posts, they should stay within Facebook’s definition of “high quality” content and retain visibility.

Twitter is still one of the best ways to get blog posts, news stories and other media to influencers. Even better, there’s no Twitter algorithm that determines what gets seen and what doesn’t. Regular non-automated Tweets can still be used to post content that reaches a wide audience.

Google+ is an SEO essential, if for no other reason than Google favors it. As Brafton reported, the faster something is shared on G+, the more quickly it’s crawled and indexed. Depending on their marketing goals, some companies might find this network more valuable than Facebook at this point.

Facebook isn’t without value – it’s simply arrived where it’s been headed for some time. That being said, Likes, comments and shares still have plenty of value, especially when it comes to customer loyalty and engagement. It’s possible that, much like email marketing, Facebook will be a way to manage interested prospects and regular customers, rather than as a way to drum up new business.