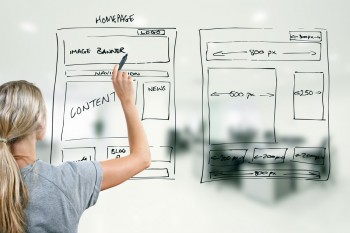 The semantic web is designed to provide search engines with as much information as possible so they can help users find the results they want. At present, SEO can seem like a game with constantly changing rules. Social signals might be essential one day, but a deal between Google and another network might adjust the importance of particular channels at the drop of a hat. That’s why content is ultimately the best way to gain search engine visibility.

However, there’s still a lot of work to be done before search engines can quickly and intuitively understand exactly what information content contains. The theory behind schema markup is that it will give webmasters the ability to make certain points clearer in a programming shorthand. This week, schema.org, the group responsible for developing, publishing and maintaining schema markup language for Google, Yahoo and Bing, announced it was releasing even more markup code.

The new elements include improved vocabulary, helping webmasters emphasize items such as locations, objects, participants and start times. It takes what a human reader would infer from reading a block of text (i.e. an event begins at 8 p.m.) and highlights it for search engines. That way, Knowledge Graphs and carousels can display the information quickly. This is increasingly important for marketers, as upticks in mobile search are making users even less likely to dive deep in SERPs.

The more markup content contains, the better Google and other search engines can serve as a bridge between customers and businesses.

What are some other ways the new markup can benefit content marketing campaigns?

Improved authorship: New schema terms, such as agent and participant, can clarify names in articles so Google, Yahoo and Bing all know who wrote it, who it is about and who it references. This will make it easier to assign authorship, potentially giving deserving writers more exposure online.

Industry types: Niche markets might make sense to insiders, but search engines may not know what to make of searches for obscure phrases. By denoting words as “items” or “objects,” crawling and indexing should be much simpler.

Location data: Currently, schema markup supports location IDs that include physical addresses. In the future, markup may be much more intuitive, using relative distances and landmarks to give better directions when street addresses make storefronts difficult to find.

Like the rest of the semantic web, schema markup is being driven by user behavior, as Brafton reported. Google queries are getting more complicated, and brands should be question mapping, to figure out what sorts of queries their core customers making when looking for information about their business. The more markup content contains, the better Google and other search engines can serve as a bridge between customers and businesses.