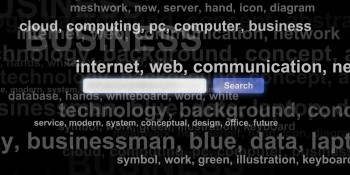 October looked to be a scary month for Google as its search share seemed vulnerable – almost mortal – on a global scale. While Google never had a strong hold in the Chinese search market, Marbridge Daily recently noted that the search engine’s October numbers from CNZZ showed Google in fourth place with 4.72 percent of page views, which was down 5.1 percent from the previous month.

What’s more, as Brafton has reported, Experian Hitwise discovered that 89.33 percent of all UK internet searches were made via Google sites, which marks the first time in the last five years that Google’s share dropped below 90 percent in the UK market.

With two reports citing Google is losing its grip on the search engine world, comScore’s latest qSearch report comes at a good time. According to comScore’s data, Google hit an all-time high in U.S. search market share in October. The search engine’s share rose two-tenths of a point to 66.9 percent last month as Bing gained a tenth of a point and totaled 16 percent in the same month.

The newest data from comScore also found overall desktop search activity up eight percent from the previous month, which follows a steady decline over the past few months. The qSearch report estimates that there were approximately 17.6 billion desktop queries in October 2012.

Marketers might have been encouraged to invest resources toward developing mobile search marketing campaigns featuring custom content after several reports suggesting internet users were rapidly migrating to handheld devices, but comScore’s latest statistics show the transition isn’t coming as quickly as previously thought. While appealing to mobile users is important for lead generation and brand visibility, content marketing initiatives must reach desktop users as this share remains dominant even in an increasingly mobile marketplace.