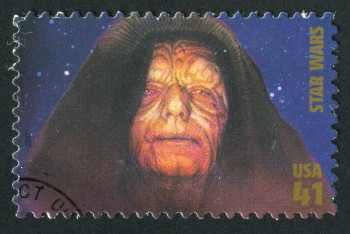 ​Welcome to the darkside of internet marketing. The part of content creation and social media that drives brands nuts. Not because marketers struggle to develop on-brand creative strategies or engage customers via popular networks, but because a lot of online traffic today is hidden. It’s dark. Webmasters aren’t privy to ​every ​referral source insight and they aren’t meant to​ always​ know who finds their pages online through social and search. TheAtlantic.com’s Tech Editor Alexis Madrigal calls this ‘dark social’ and ‘dark Google.’

Have you met dark Google and dark social?

What is this new buzz phrase? Dark social comes from web users who find custom content through sharing, but not from networks like Facebook, Twitter and other big sites. Sources remain unknown in most cases.

With internet privacy a growing concern among Americans, companies like Google, Apple and Mozilla have created search browsers that don’t pass data on to webmasters. This essentially cloaks referral traffic and hides unique information about social influencers and lead generation opportunities. This protects privacy, but it’s also confusing. Madrigal suggests that in 2012, dark traffic accounted for 69 percent of all social shares.

Referral traffic to publishing sites from dark sources has grown 52 percent over the past year.

BuzzFeed looked into this phenomenon in a recent study of more than 200 publishers. It found search traffic to websites has dropped in the last eight months, with referrals from Google falling more than 30 percent between August 2012 and March 2013. Meanwhile, referral traffic to publishing sites from dark sources has grown 52 percent over the past year. So where are these web leads coming from and why can’t webmasters review content analytics to better target their visitors? Mobile search and applications may be the main culprits.

Is Apple to blame?

In an interview with Rosetta SEO Director Stephen Pitts that was published by Digital Trends, some are quick to point the blame at certain tech companies. “[Dark social and search] wasn’t a problem until Apple, with the release of the iPhone 5 and iOS 6, decided they were trimming down all the data being requested in [its] browsers,” Pitts said. “Apple stopped supporting meta-referrer data. So if any iOS device is used, whether it be to instant message, text message, to use an app that’s sending you to a website, it won’t pass that meta-referrer information. So the analytics program thinks it’s direct traffic.”

Truthfully, it doesn’t matter who or what has created the darkside of social and search. Marketers already dread the ‘(not provided)’ keyword selection in Google Analytics, and it seems this withheld informational trend has become standard today. In some cases, this evolution makes content marketing a game of blind luck. When viewed from a different perspective, however, dark referral sources also force content writers and brands to really understand their audience in a way that supersedes what data tells them.