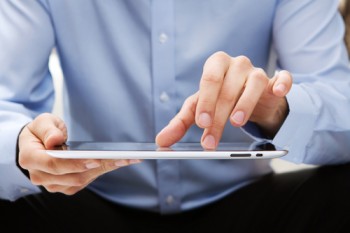 At the first day of Google I/O, the company detailed a series of new search features aimed at making life easier for users of Android-powered smartphones. The additions should help make the company’s mobile search product become as seamless as its desktop search, which might help marketers reach on-the-go search audiences more effectively.

Given a recent report from BIA/Kelsey cited by Brafton, which found that more than 30 billion mobile search queries will take place in 2012, developing a strategy to target smartphone and tablet owners now may help a company in the long term. Moreover, mobile is set to surpass desktop search by 2015, according to the study.

Among Google’s adjustments is Google Now, an entirely contextual search structure that will help Android users keep track of their days more efficiently and find search results based on customized factors, such as time of day, their calendar appointments and physical location, that change frequently. The tool presents results far different from the traditional SERPs, which can be difficult to navigate on most Android-powered handsets. The new SERPs, or information cards as they’ve been called, are specific to each user, but searchers can easily see the traditional Android SERP layout with a single swipe.

While the move means that mobile SEO capability may be unlikely to impact users seeking local information, since they won’t initially see usual SERPs, general searches on the web will still be affected by search campaigns. As such, leveraging a content marketing strategy that focuses on mobile SEO best practices can help businesses rank well. Google’s Pierre Farr recently highlighted the company’s stance on mobile SEO, urging marketers to create a single domain to serve all traffic regardless of the visitors’ device, Brafton reported. The growth in capability of both smartphones and tablets, paired with increased reliance demonstrated by a Pew poll that more than half of Americans access the web through a mobile phone, cements mobile as a critical component of web marketing campaigns moving forward.

More than half of all smartphone users currently own devices running Google’s mobile OS, so the move will have a major impact on the search habits of a substantial number of Americans.

According to Google, these changes will come when Android 4.1, Jelly Bean, is released later this year. Currently, the iteration is set for release in mid-July, but users will have to wait until the manufacturers of their handsets make it available.

According to Google, these changes will come when Android 4.1, Jelly Bean, is released later this year. Currently, the iteration is set for release in mid-July, but users will have to wait until the manufacturers of their handsets make it available.

Other additions that Google believes will help its smartphone customers include an improved voice assistant that can be used for web search, as well as regular navigation through their smartphones and other functions. Much like Apple’s Siri, Google’s voice assistant presents data on its own customized pages, so data is organized in a more efficient manner. With its focus on a more contextual mobile experience growing, ensuring users find only the information they’re seeking will be the ultimate test.

Jelly Bean’s pending release is also important given the announcement of the Nexus 7, a new tablet from Google and Asus. Highlighting the release of the device, Brafton recently cited data from an AYTM Market Research report that found consumers and companies interested in deploying tablets are looking for more options than Apple’s iPad. While the current leader of the industry is highly capable and satisfies most users, Android’s overall popularity has led some to consider releases running the mobile operating system.

Other highlights from Google I/O include new features for Google+, which Brafton recently detailed. Social media marketing campaigns that don’t currently include Google’s year-old social network may want to make the move in light of the company’s push to improve the platform’s capability. Among the additions was a long-awaited Android app for tablets, with the iPad equivalent coming soon.