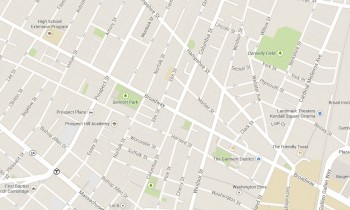 Last year, Brafton covered the incremental rollout of a new interface for Google Maps. Users were able to voluntarily opt-in to test updated features of the location service, but many stuck with the older version, which continued to be the default option on both desktop computers and mobile devices.

Now, according to a post on the official Google blog, people will start seeing the new Maps whether they want to or not. Marketers concerned with how this will affect their SEO strategies shouldn’t be worried – the updated interface makes it even easier for users to find businesses’ physical locations. However, that doesn’t mean there aren’t ways to optimize a company’s online presence to improve visibility on Google Maps. Consider the following changes to the service and ways companies can improve their sites to match.

In the past, Google Maps would take a stab at what users were looking for based on keywords. Now the search service is a lot better at figuring out people want, even if the exact search terms are vague. Hence, queries like “party supplies in Phoenix” or “tax accountants in Boise” will show an icon on the map for every business that fits that description. Registering on Google+ will go a long way toward getting your business on maps for these searches.

Google’s Knowledge Graph is continually expanding to give internet users richer information and more accessible answers. Last year, it began providing nutrition information directly in SERPs, and it’s bringing this same functionality to Maps queries. Rather than clicking on a Map search result and navigating through multiple sites, Google gathers information, including ratings, reviews and photos, to overlay on the map itself. A site rich in this kind of media is going to be a lot more successful in Maps searches.

In its quest to accumulate as much relevant data as possible, Google integrated an image carousel into Maps to give users even more information about businesses and locations. Pictures that people have geographically tagged will appear here, and social media engagement will go a long way toward getting customers to share this kind of media.

As SEO becomes less about keywords and more about useful content that goes beyond the written text, it’s essential for companies to offer as much media as possible for Google to consider. A robust local profile and ample imagery is the first step toward succeeding on Google Maps. This is an increasingly important search tool all on its own, especially considering that it was the most used mobile app in 2013, according to Statista.