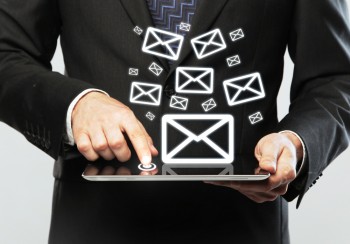 Mobile adoption rates are having a profound effect on brands’ internet marketing success, and companies that find ways to bring new data to their SEO content strategies will pull ahead. Data from a Harland Clarke Digital found there isn’t a single best time to send email content, but there are optimal ranges to reach customers across devices. In fact, there are even some cases when consumers opened the same web content on two separate devices, which gives marketers twice as many opportunities to drive traffic or generate leads.

Desktop computers are still the primary device consumers use to check their emails, according to the report. At around 55 percent, consumers opened emails on laptops or PCs twice as often as they did via smartphone (25 percent of the time). Tablets are used least often, with only 7 percent of email recipients viewing web content on the handheld technology.

The best time to reach desktop users is between 9 a.m. and 4 p.m., a time frame when approximately 4 percent of emails are consistently opened by recipients.

Smartphone users are most likely to read emails between 10 a.m. and 5 p.m., but open rates are much lower, hovering above 1.5 percent, but below 2 percent. The peak for email opens is at 3 p.m., when mobile recipients open 1.92 percent of messages they receive.

Smartphone users are most likely to read emails between 10 a.m. and 5 p.m.

Emails sent to tablets have an open rate of around 0.5 percent, but they give marketers the opportunity to reach target audiences when they might be more receptive to branded content – at night. Open rates are highest between 3 p.m. and 9 p.m., meaning users are viewing emails at home, after work. During this downtime, they might be more receptive to companies’ informative news coverage and have time to enjoy entertaining blog content.

As consumers invest in new devices, their behaviors and preferences will inevitably develop further and marketers must be ready with optimized campaigns. One change that’s already taking place – Brafton reported that companies are putting their SEO and content marketing under one roof to streamline efforts and reach their conversion goals sooner.