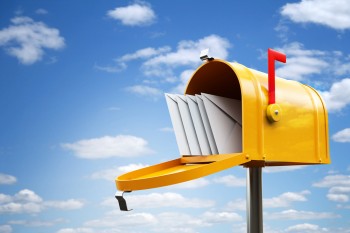 Email is one of the older items in marketers’ toolboxes, but remains one of the best ways to capture leads and get more business. In fact, Brafton reported it’s as much as 40 times more effective at acquiring new customers than social media. Naturally, email marketing is becoming a prerequisite for online companies.

That being said, businesses still need to send the right kinds of messages to prospects to achieve high enough open and click rates. One tried-and-true method is simple: Ask people if they want to receive newsletters and updates in their inboxes. If not, shooting out regular messages might be a waste of time and effort, and it could alienate future customers.

Another tactic is rearing its head, and web marketers should be taking note. According to a study by Experian, many businesses are experimenting with visual media and interactivity inside emails themselves:

This shouldn’t be too much of a surprise. As Brafton reported, 82 percent of marketers believe their content is more likely to be consumed if it contains visual elements. However, when most people think about pictures, video and infographics, they’re probably imagining social media or company websites. It seems email marketing has been taken to another level, and businesses need to keep up.

Bring more to the inbox

Still, many web marketing campaigns aren’t necessarily ready to start putting animated GIFs or live videos in their emails – so what can they do?

One option is to simply be more cognizant of visual design when creating marketing emails. Instead of plain text with a picture sprinkled here or there, businesses can create more engaging email templates that are both readable and clickable. When something comes into customers’ inboxes, they’re much more likely to be interested in media-rich messages than plain ones.

When something comes into customers’ inboxes, they’re much more likely to be interested in media-rich messages than plain ones.

Another route is creative linking. A video or infographic won’t do an email any good if recipients don’t immediately know what is behind the hyperlink. Label media clearly, and consider including a screenshot or graphical representation of what will follow. This can raise click rates and increase the effectiveness of an entire campaign.

Ultimately, this should be taken as a lesson in the importance of visual marketing in general. With the rise of mobile devices and the blurring of the lines between devices, marketing should be all about the message – not the screen. Create content accordingly, and take advantage of any opportunity to spice things up with more imagery.