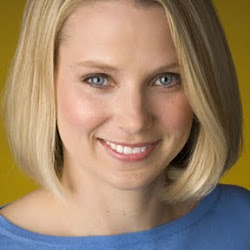 Earlier this week, Yahoo announced that Google executive Marissa Mayer will soon is its new CEO. Mayer will replace Scott Thompson who recently resigned amid a resume scandal. Given her track record for launching successful local products at Google, marketers may want to keep an eye out for new new Yahoo platforms to reach community audiences .

Yahoo has gone through four CEOs in the last five years and struggled to maintain its position as one of the most influential internet companies. Hiring Mayer is a major step for the company, which has seen its search share decline in each of the last 10 months, according to comScore.

Moreover, the company has discontinued a series of products and services it rolled out, including Meme, a social network, and its Web Analytics platform.

Among Mayer’s early contributions to Google were the layout and design of its most popular products and services, including its homepage. She was most recently charged with leading the Google Maps and other local services teams. Brafton has previously covered her commitment to location-based services and “unlocking the potential” of Groupon-style local incentives for SMBs.

While Google and Bing continue to innovate in search and other internet marketing spaces, including SEO, Yahoo and its leader will be charged with attracting new users with innovative and easy-to-use products and services. Brafton recently highlighted Yahoo Axis, a major re-imagining of search, which has failed to take off since its rollout.