“Has anyone ever come to you and said ‘we want to rank for Bing??!”

Following the customary 15-minute bullshit session – this week we covered sneeze sound effects, sad SEO stories and anime as an artform – the dudes dive into an intriguing comparative study. Popular Science ran sample searches using Google, Bing and, most notably, DuckDuckGo, the wunderkind that has, for better or worse, found itself on ATF’s immediate radar.

By the end of episode, Jeff and Fran had made a pact to use DDG as their default search engine for a week (has anyone been monitoring this?). But initially, Baker scoffs, wondering aloud why we’re even having this conversation. It’s always been assumed Google is just going to be there. He drives home a point about normalized expectations by saying we all assumed the same with MySpace (yes, it sounds like he used MySpace more than most of us as a youth – let’s just roll with it). He even takes uncalled-for jabs at DuckDuckGo’s name:

“You can’t really verb that, either,” Jeff says, likening it to “a Dr. Seuss phrase.”

(Believe you’re flashing back to Go Dog, Go, Jeff, which is actually by P.D. Eastman. He’s known for other rhythmic bedtime bangers like In a People House and Are You My Mother?. Pretty common Penguin Random House Publishers point of confusion, really.)

Things get pretty existential as Francis gets lost in the mind blowing nature of a world in which Google doesn’t dominate. He fixates on specific Google products becoming obsolete. There’s another allusion to the alleged removal of “Do no evil” from the company mission statement. Covering even more frequently trodden ATF ground, the guys note that behemoths like Google and Facebook need to be cognizant of how pissed off people are.

“The generation coming up is much more knowledgeable, and Google will have to account for that,” admonishes Father Ma. You can envision him sitting his girls down at the kitchen table for daily internet safety PSAs over Fruit Loops and fritters. Commendable work, no doubt. 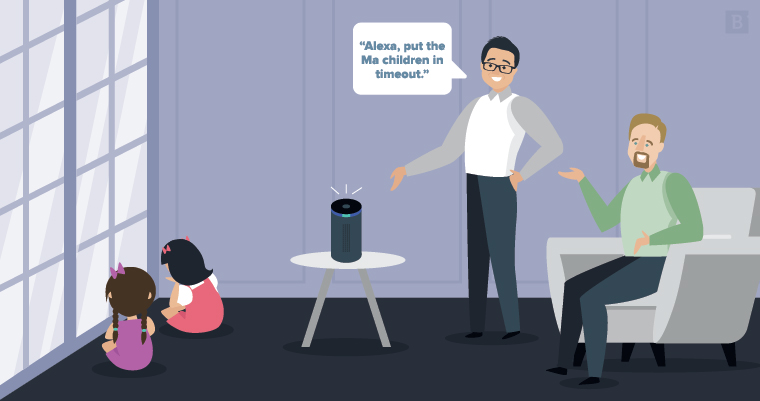 The whole point is to be “a fully incognito window,” he explains: encrypted, no cookies, no geofilters – a truly private and uninhibited search.

“You have to pay for that privacy with a lack of customization (in terms of results),” he notes.

And so it becomes a personal choice in terms of what to give up. Francis is scared. In a jarringly hive-minded admission, he says he “has been trained by Google how to Google” and doesn’t want to become a “blank slate.” This is some real minion speak. His fear of the unknown is palpable.

But don’t fret, Fran, Jeff says. Customization isn’t always what it’s cracked up to be. If, by de-customizing, we are exposed to the full gamut of perspectives on a subject, we ought to be a more discerning, better informed online society, right? In other words, it will be interesting to see whether a sustained shift away from the hive-mind mentality takes hold.

After a brief silence, Francis notes that, rather than the famed children’s game after which this upstart search engine has been named, his daughter plays Duck Duck Duck Duck Duck Duck Duck Duck… never picking anyone to Goose. Sounds like a hell of a power move. He and Jeff then resolve to invite a DuckDuckGo rep on as a future podcast guest.*

Is there a scenario in which Google & DuckDuckGo, or someone else, can coexist? Jeff says no, definitively, using the time-honored pie/search query analogy to put a fork in the matter:

“The number of searches each month is fixed – it’s just a matter of how we divvy them up.”

*This may actually be happening, which is good because Jeff admits everything they’re saying on the subject may be half-correct..

How did I get here?

Here, we as an audience realize we’re nearing the 30-minute mark, and Jeff is just now introducing topic two.

In an analysis of 912 blog posts, Brian Dean of BuzzSumo confirmed much of what we have already surmised about domain authority correlations, while also covering some new ground related to lists, headlines and, well, more existential (Why-themed) posts. It’s truly fascinating stuff, if you have enough time on your hands to pore over the mountains of data, as Jeff evidently does.

“We knew there was only a small portion of content that performed well on the web,” he declares, alluding again to the well-known haves-and-have-nots landscape.

Some of the disparities are indeed stark. Most egregiously, 94 percent of this analyzed content gets zero backlinks. This seems unfathomable. People know how valuable links can be if they’re from credible sources, lending SEO authority. One really strong backlink is worth more than a hundred weak backlinks, Jeff bloviates, almost annoyed that he has to spell out such an obvious exchange rate.

More to the point, Baker doesn’t find this particular disparity surprising or disturbing because of the sheer volume of internet noise. He cites WordPress’ 70 million-plus blog posts per month. Of that, there’s a very small proportion absorbing all the backlinked goods. And with about 400 million people viewing more than 20 billion pages each month, there are simply way more sites to view than engaged viewers. Francis concludes that if no one knows your content exists, it doesn’t matter how great it is. Painting an even bleaker picture, Jeff notes that only 3 percent of B2B content in the study gets multiple backlinking domains.

“We all put a suit on in our head,” he then says, in a grossly reductive take on how writers tend to swing and miss with more formal B2B tones.

Things get overly complicated with talk of algorithms and coefficients, as Jeff confirms there’s no correlation between backlink quality and social following. That’s in part because there’s a gulf in attention-span expectations between the different audiences.

“There is something actionable,” Jeff assures us, implying everything preceding this was useless. Longer headlines get over 77 percent more shares. Francis hypothesizes this is Twitter conditioning. If you don’t color or extend your title enough it’s “stock and generic.”

Yet, listicles get 218 percent more shares and re-shares than infographics, and this understandably aggravates Francis to his old-school creative core. He pines for the days of twice-daily 200-word news stories on freight regulations. That was the real pound-the-pavement, keyword-stuffing grind, kids.

We close with a discussion of whether agencies practice the content marketing they preach. Feeding off Fran’s nostalgia, Jeff harkens back to the “heyday of content marketing, when volume reigned supreme.” He is referring to 2013, roughly, which was also the heyday for twerking. Weird times. Chalk it up to the internet’s adolescence.

Anyway, the point is we as an agency recognized we had to change. We had to start taking our own medicine, producing content for our own site’s sake and exerting the same level of creative craftsmanship as we did regularly and unflinchingly for clients. The landscape had become more competitive, meaning prospects are more keen to recognize a dissonance between your brand and the story they get from a sales team.

Francis trusts no one but you, Jeff. Keep him safe in this brave new backinkin’ world.