What’s behind our love affair with moving pictures?

You could ask the movie-going public, which spent upward of $38 billion on trips to the multiplex last year. Or you could talk to your friendly neighborhood content marketer.

Whether it’s a business-to-business or business-to-consumer effort, a majority of marketers (60 percent) invest in pre-produced video marketing. Meanwhile, an increasing number are throwing live-streaming video into the mix as well.

Looking at the return on investment video provides, it’s easy to see why. Still, effective video marketing is based on careful ROI analysis and smart strategy designed to engage audiences.

Your video marketing may not be able to compete with summer blockbusters, but without a video strategy, you’re not competing at all.

And the Award Goes To…

Forget popcorn at the theater and snack on this instead: Companies that use video marketing see nearly double the annual revenue growth of those that don’t. It probably has something to do with the fact that video marketing is proven to boost click-through and web conversion rates by 27 percent and 34 percent, respectively.

“Because video is now widely distributed via cost-effective channels, companies have the ability to A/B test and check effectiveness in almost real time,” said Jim Davis, Director of Video Product at Brafton. “This all means more direct connection to your intended audience – the days of scattershot marketing efforts are coming to an end.”

Video is expected to account for nearly three-quarters of all online traffic this year. Investing in video marketing is no longer just smart strategy, it’s mandatory to engage audiences.

It’s not just the general public eating up video content. Well over half of executive decision-makers said they’d choose video over text to learn about a product if both were available. That’s in keeping with the 79 percent of consumers who said the same.

Of course, views aren’t worth much if they don’t drive people to take action. Data shows video viewers are nearly twice as likely as non-viewers to make a purchase. Meanwhile, including video on a landing page is shown to increase conversions by 80 percent.

So just what is the secret sauce that helps video turn content marketing into a lean, mean sales machine?

According to Brafton Senior Creative Director Perry Leenhouts, video’s effectiveness is partially due to its ease of use.

“Video is popular because it’s easy to digest,” he said. “It’s almost a passive form of absorbing information. You just look and listen. You don’t have to read or go to great lengths to find the information you want.”

Beyond that, however, is the fact that video is perfectly calibrated to make us feel.

“It’s a very powerful medium,” Perry continued. “You’re not just dealing with words or a graphic; it’s moving images with voice and music, and these are elements that are not only very appealing but also speak to people’s emotions.” 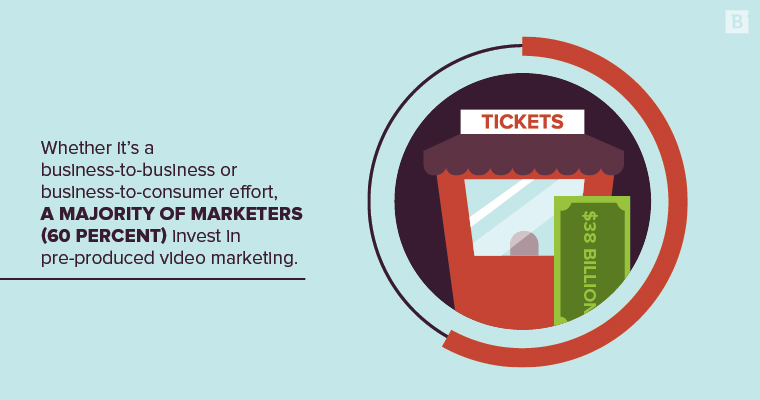 In short, human beings are hardwired to respond to video on an emotional level. Take a trip to the theater and you’re likely to hear gasps, screams, sobs and laughter – sometimes all in the space of a single flick. Video marketing taps into this power in service to your brand.

That said, selling video marketing on emotional resonance is a losing proposition.

Dollars to donuts, decision-makers are most concerned with the hard numbers their marketing strategies provide, or lack thereof. And they should be.

Video may be an integral piece of the modern content marketing puzzle, but no strategy decision should be made without a way to measure its effectiveness. Fortunately, with a few tweaks, video ROI can be tracked and reported just like any other type of content marketing.

Compared to other forms of content marketing – such as landing pages – tracking video ROI requires extra planning and analysis.

“It’s difficult, because you can look at a landing page in Google Analytics and see how many people viewed your page and how many people converted,” said Jeff Baker, Director of Digital Marketing Strategy at Brafton. “But a video is not a URL. It can be a component of a landing page, but it’s usually not the landing page itself. It’s inherently more difficult to give video attribution.”

Step one is setting up event tracking in Google Analytics. By updating the html code to track specific events, you can see firsthand how often your audience clicks play, as well as how llong theyspend watching your video. 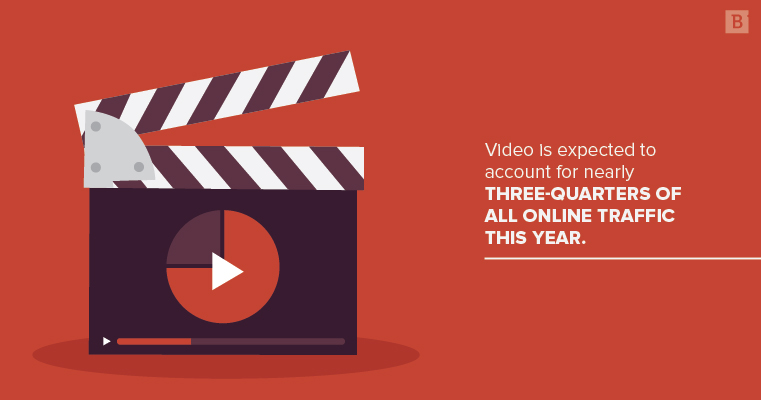 Next, set up specific segments in Google Analytics to examine different conversion sequences. 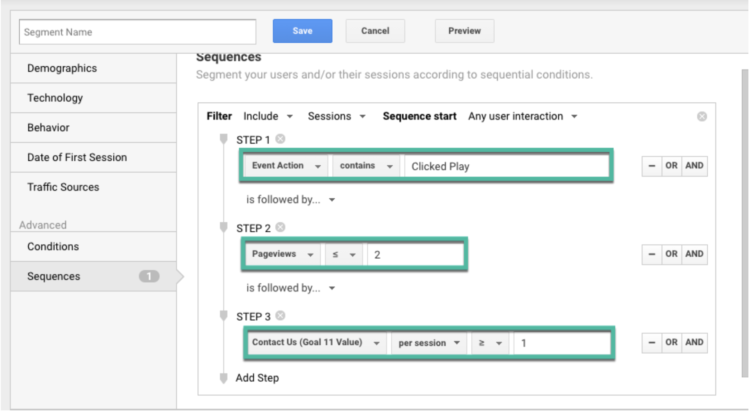 Consider how quickly after the video is played you want conversions to be counted toward it. In other words, how much credit does the video receive? Remember not all visitors will click and spend in quick succession.

Lastly, assign a dollar amount to each type of conversion. While purchases are easy, it’s also vital to understand the value of asset downloads, newsletter subscriptions and other types of conversions. With a dollar value assigned to each, you can see exactly how much each video click is worth.

Another option is assigning a conversion goal to an event for segmenting and analysis. 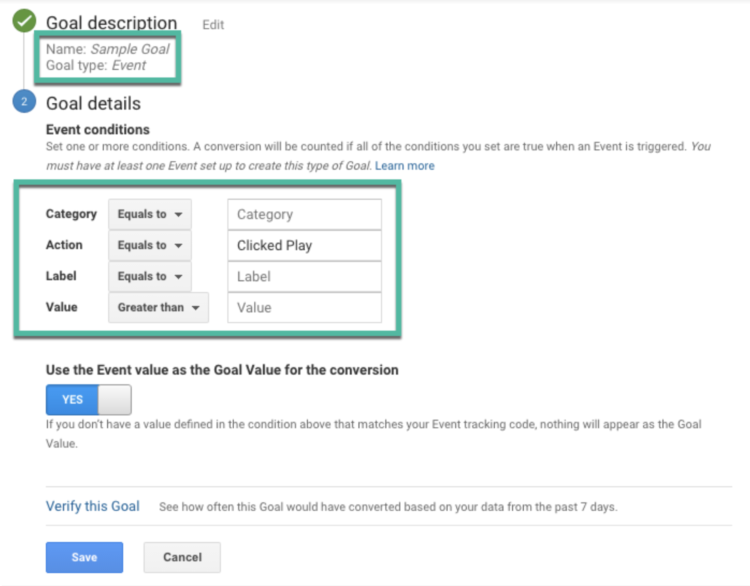 Conversions are crucial, but they’re only one component of ROI.

For instance, video has become an essential part of search engine optimization. Web pages featuring video are 50 times more likely to appear on the first page of Google search results than text pages.

Meanwhile, video is proven to boost engagement on social networks. For example, Facebook posts featuring video have the highest levels of user engagement. The social media titan has even gone so far as to update its algorithm to give video content a boost on News Feeds, be it live video or longer pre-recorded productions. 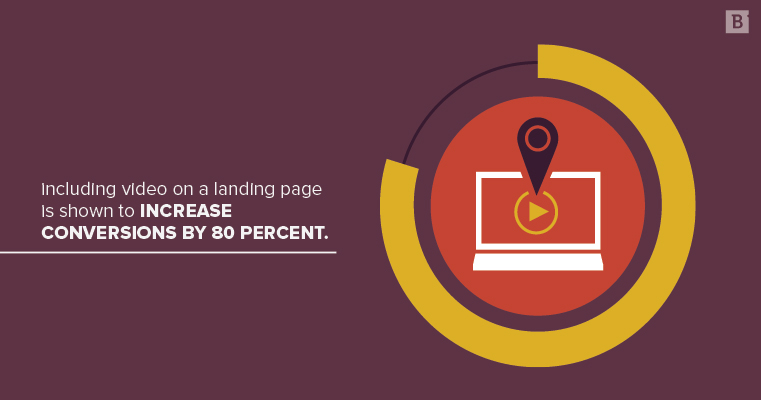 From Strategy to Screen

Ready to yell “action” on your own video marketing strategy? First figure out your objective.

Once you have specific goals in mind, be they brand-focused, strictly commercial or a combination of the two, consider:

Each of these factors should shape the content you produce, from what it’s about to how it’s shot to how long it is.

Next, determine what role video will play in your content marketing strategy as a whole.

“If you intend to make a series of videos, start with a clear map and calendar,” Jim said. “Draw out the map showing how you will walk the uninitiated through your products or services. If it’s a few one-off videos, don’t designate a whole section of your website to them – strategically place and share them.” 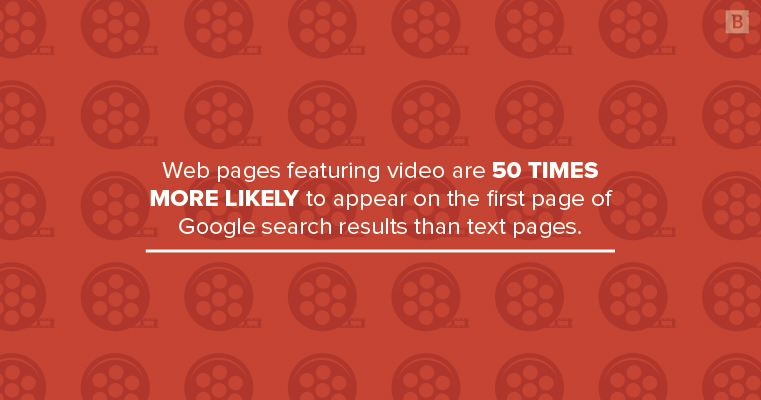 There’s no shortage of video types to choose from, including:

The key to success is letting your marketing goals and audience intent guide your decisions. And no matter which type of video you use, remember to make quality your No. 1 priority.

“A bad video is worse than no video at all,” Jim said. “Make sure to choose the right production partner. It’s better to have one stellar video every quarter than two mediocre videos each month.”

More than half of marketers worldwide single out video as the type of content with the best ROI. From desktops to smartphones, video is what modern consumers expect.

Are you going to be the brand that tells them no?

To create effective messaging within your marketing campaigns, you first need to define your target audience.