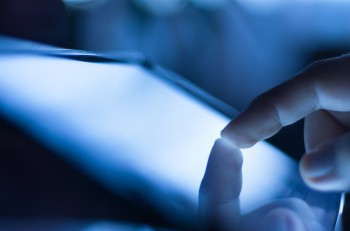 Trying to figure out the right tactics for a modern SEO strategy can be confusing. Marketers may wonder when to make a social push, or whether search is still just as important for reaching new customers. However, recent research from Marin implies there isn’t a magic formula for attracting your target audience. Instead, it’s all about total traffic, overall visibility and multiple touches.

The study, “The Multiplier Effect of Integrating Search and Social Advertising,” focused on paid ads, but its findings are applicable to content marketing and other kinds of inbound awareness plays. Marin discovered 0.5 percent of people people who clicked on social ads converted, and 2 percent of viewers who clicked on search ads led to conversions. However, those who clicked on both converted 3.5 percent of the time.

This demonstrates, as Brafton reported, the sales pipeline is no longer a linear path from awareness to purchase. Instead, it’s a nebulous journey comprised of multiple disparate touch points. The more a lead or prospect accumulates, the more likely he or she is to eventually become a customer. So while awareness on social media is good, and search visibility is even better, some combination of the two is best.

Customers perform all kinds of actions on the web, and in theory, they can each be quantified and used to help search engines provide the most relevant, interesting data.

This is the crux of Hummingbird and semantic search. Customers perform all kinds of actions on the web, and in theory, they can each be quantified and used to help search engines provide the most relevant, interesting data. If companies want to be both visible to Google and known to consumers, they shouldn’t put all of their content marketing eggs into a single basket.

In another sign search is no longer a single discipline, Yahoo seems to be striking out on its own in an attempt to out-innovate Google and Bing. Despite being stuck in third place, as Brafton reported, the former search champ is allegedly experimenting with Knowledge Graph-style results. AllGoogleTesting discovered a quirk in Yahoo’s code that reveals a potential carousel and info card, which may be the engine’s interface of the future.

With every search company conceding plain results are no longer an effective way to give users the information they want, all bets are off in terms of the social signals that may be in use going forward. As a result, organic information and widespread sharing are the only ways to reach customers in an increasingly fractious web environment. At the end of the day, content that provides value and speaks for itself will be seen, and the media simply trying to ride technical search currents won’t reach prospects.