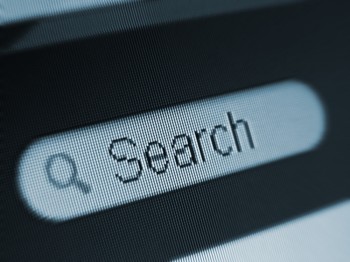 When the topic of conversation is SEO, most people are talking about Google. The search engine giant is the massive gorilla in the room dominating search discussions and guiding the future of the web. For example, when Google offers advice about how unused web property affects search ranking, as Brafton reported, it’s taken as gospel. Bing and Yahoo have been doing their best to change this, but all they seem to actually accomplish are blows against one another.

Fighting over the pie

According to this month’s comScore figures, Google is still the undisputed leader of web search traffic. In February 2013, it accounted for 67.5 percent of all searches, and in February 2014 it held steady at 66.4 percent. Bing and Yahoo are a different story.

Microsoft’s search engine went from 16.7 percent in February 2013 to 18.4 percent during the same month this year, lowering Yahoo from 11.6 to 10.3 percent. The two smaller search companies are in the midst of a 10-year partnership, in which Bing actually powers most Yahoo search results, despite technically being a competitor.

Bing’s growth at the expense of Yahoo is sure to cast some doubt on recent speculation Yahoo was reentering the search market. As Brafton reported, Yahoo CEO Marissa Mayer started a $10 million program in conjunction with Carnegie Mellon University to create a better personalized search engine.

Meanwhile, Bing has been focusing on coming up with an alternative to Google’s semantic search with its own meaning-based algorithms. It has already begun adding time-sensitive information to search results, and it experimented with SERP-based calculators and biographical timelines earlier this year. This may account for its minor growth compared to Yahoo, but it hasn’t yet been enough to significantly chip into Google’s commanding lead.

For web marketing, there still isn’t much of a choice: Google is the dominant search engine and doesn’t appear to be going anywhere, and with good reason. Between its sophisticated algorithms, proprietary social network (Google+) and commitment to root out spam, content marketers shouldn’t worry too much about catering to Bing and Yahoo. In the future, they may become more relevant, but nothing on the horizon indicates consumers are any more likely to find an alternative to the current industry leader.